Adalita, Lanie Lane, Urthboy and more confirm their songs for the Nick Cave tribute concert Straight To You. 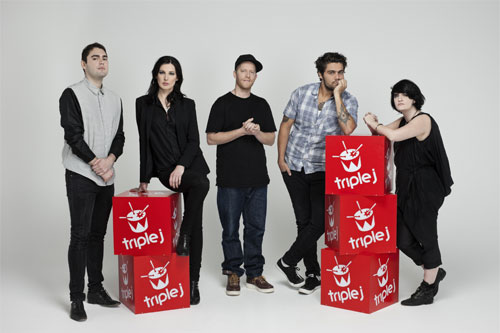 The forthcoming triplej tribute Straight To You celebrates the long and storied songwriting career of Nick Cave by having Australia’s best indie acts perform his classics.

Now we can tell you some of the confirmed cuts and performers for the show, which is going around the country in November.

Revitalised star Adalita will perform the title track of the concert, hip-hopper Urthboy is creating a unique version of ‘Stagger Lee’, retro-country sensation Lanie Lane is doing ‘Jack The Ripper’ and may have a duet with Alex from Sparkadia.

Also, there are confirmed collaborations between producer Muscles and rocker Bertie Blackman, and a triple whammy featuring Lisa Mitchell, Dan Sultan, and Kram from Spiderbait.

Other performers include Abbe May, Ben Corbett (of SixFtHick and Gentle Ben & His Sensitive Side), Jake Stone of Bluejuice, Johnny Mackay of Children Collide, and Tim Rogers.

Brisbane’s Tivoli show has already sold out, but there are tickets for all other dates available now from the venues, Ticketmaster, Ticketek and Moshtix, depending on the venue.

Australian singer-songwriter Abbe May says she replaced her drummer with a drum machine after he said her visuals were “too gay”.

The nine albums in the running for Australia’s premier music prize, the AMP, have been announced.

Triple J’s Tribute To Nick Cave will be broadcast on ABC2 in Australia on January 26.