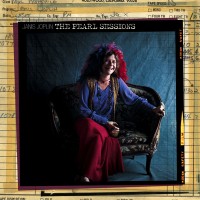 Fans of the legendary soul voice of Janis Joplin are in for a treat, with two extra special releases out soon featuring rare, unreleased, and alternate versions from the sessions of her iconic Pearl album, as well as the re-release of Janis performing with Big Brother And The Holding Company live at the Carousel Ballroom in 1968.

First up is a jam-packed special edition of recorded sessions from Joplin’s number one solo album Pearl.

The Pearl Sessions features material discovered during the preparations for the 40-year anniversary of the album. It will include the original mono version of the album along with a litany of outtakes, alternative versions, demos, and vocal takes.

In addition to this, Columbia will release the live recording of Big Brother And The Holding Company, with Janis, performing at the Carousel Ballroom in 1968, recorded by legendary soundman Owsley ‘Bear’ Stanley.

A special collectors edition of this will also be available on double 12-inch vinyl with a gatefold sleeve.

Janis Joplin – The Pearl Sessions will be available Friday 13 April 13, and Live At The Carousel Ballroom 1968 will hit stores Friday 16 March.