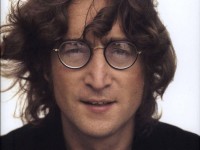 As part of the John Lennon 80th birthday celebrations on 9 October, Paul McCartney has announced that the unreleased Beatles song ‘Just Fun’ will be released to mark the day.

While the song has been widely bootlegged this will be the first time it has been aired officially.

‘Just Fun’ was written by John Lennon and Paul McCartney and features Ringo Starr and George Harrison on the recording. The song was written in 1957 or 1958 when McCartney was 16 years old.

‘Just Fun’ was never used because, as McCartney says, “There were a few songs that weren’t very good … you know, clearly young songwriters who don’t know how to do it.

“Eventually, we started to write slightly better songs and then enjoyed the process of learning together so much that it really took off.”

While the song as never used it did get a mention in the ‘Let It Be’ movie.

Paul McCartney will play the song as part of the BBC special ‘John Lennon at 80’, airing on October 3 and 4 between 9 and 10pm London time.