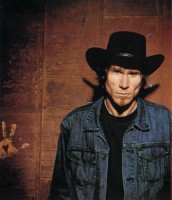 Alt rock crooner Mark Lanegan returns to Australia! An inimitable voice in popular American music and always a huge draw card in Australia, Mark Lanegan will capitalise on the buzz created by his latest record Gargoyle with highly anticipated shows in Melbourne, Brisbane and Sydney this September.

It’s a collection of records always proudly punctuated by something Pitchfork once touted as “one of the most potent voices of a generation”.

Gaining fame as the front man of legendary Seattle rockers The Screaming Trees (a band heavily associated with the likes of Nirvana, Pearl Jam and Alice In Chains), Lanegan’s turbulent personal life has always seemed to inform the brilliant output he can conjure.

Innovative, versatile and truly rare, his work has been profoundly influential on several generations of musicians. As a renowned collaborator, he has shared the studio with the likes of Moby, UNKLE, Warpaint, Massive Attack and Queens of the Stone Age and has also released records with Belle and Sebastian’s Isobel Campbell, Guns n’ Roses’ Duff McKagan and The Twilight Singers’ Greg Dulli, amongst a multitude of others.

No stranger to Australian audiences, Mark Lanegan never fails to delight both long time followers and curious new devotees. His voice, once described as “scratchy as a three-day beard yet as supple and pliable as moccasin leather” is essential.