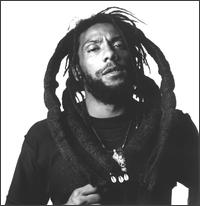 H.R., the frontman of the band Bad Brains, has revealed that he will be undergoing brain surgery in February.

H.R. suffers from SUNCT, a rare neurological disorder that causes severe headaches at a moment’s notice. On a Gofundme page for his medical costs set up in 2016, it was written:

To give you an idea of what he’s dealing with, the headaches are nicknamed “Suicide Syndrome.” The headaches come randomly, with no warning, at all hours of the day and night; but for him, they are much worse at night. The intensity of the nighttime headaches is so great that he yells, cries out, groans, and sobs—repeatedly, every few minutes, for most of the night. He can’t work. He has no quality of life. If you call him and ask how he is, he will say, ‘Everything’s okay,’ because that’s just how he is. But everything is not okay.

We’ve been consulting doctors for the past few years, and have uncovered several health issues that we were able to address and overcome. But these headaches… In the past six months, he’s been to the emergency room twice, had an overnight in the hospital, has seen two neurologists, and so far he has a diagnosis and found a pain medication that worked well for a while but is not safe to take long-term—so it’s two steps forward, three steps back. He has an appointment in early May at a Headache Center–not fully covered by health insurance–where we hope to find someone with experience with this type of a headache. He’s on a cocktail of pharmaceuticals that scares me. He has lost weight, with visible muscle wasting.

He has told Loudwire that he will undergo brain surgery on February 21 in hopes of somewhat alleviating the problem. “[My wife] took me to the hospital so I would learn about what was going on in my head because I was experiencing bad headaches at the time and the doctor came to me and he said we’re going to have a surgery.”

Originally formed as a jazz fusion group, Bad Brains changed directions after hearing punk for the first time. They began playing a hybrid of punk and reggae, challenging the norm as the first all black punk group.

Bad Brains were recently nominated for the Rock and Roll Hall of Fame but failed to receive enough votes for induction.

Mick Thomas will take his Roving Commission on the road … finally … for dates across Victoria in December.