Jaden Smith Brings Out His Dad Will Smith During Coachella Concert - Noise11.com 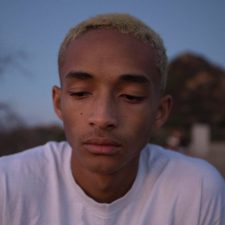 Jaden Smith Brings Out His Dad Will Smith During Coachella Concert

Jaden Smith surprised fans by bringing out his father Will Smith during his set at Coachella music festival on Friday (19Apr19).

The 20-year-old singer involved his sister Willow Smith in his set at the California festival last weekend, and he continued to keep it a family affair on the festival’s second weekend by bringing out the Men in Black star, much to the delight of the crowd at the Sahara stage.

Jaden recorded a video for social media as Will sang his son’s track Icon, and the footage shows the actor singing to the wild crowd before Jaden turns the camera around onto his own smiling face.

Will was dressed in sweatpants and a black T-shirt advertising Jaden’s new EP, titled ERYS IS COMING, while Jaden wore dungarees.

Will posted the clip on Instagram, with the caption, “Done did dat! #Coachella,” and Jaden added it too, with the message, “I Love You Coachella.”

Celebrities shared their excitement about the collaboration in the comments, with Fall Out Boy star Pete Wentz writing, “This makes me so happy” and Will’s good friend DJ Jazzy Jeff adding, “Incredibles….”

This marks the first time Jaden has performed the song with his dad onstage, although they have collaborated on the song before – Will first recreated Jaden’s Icon music video, then contributed his own bilingual rap in a full studio remix.

On the first weekend of Coachella, Whip My Hair star Willow, 18, performed while suspended from wires above the stage and later joined her brother as his backing singer. His mum Jada Pinkett Smith was seen watching the show and good friend Jordyn Woods came onstage to dance, weeks after the Tristan Thompson cheating scandal.

Jaden also performed on the roof of a suspended Tesla car, a stunt he repeated on Friday.