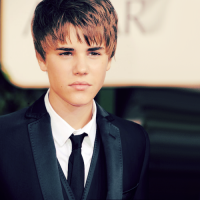 Justin Bieber has blasted rumours he needs rehab, saying anyone who believes them is “stupid”.

The 19-year-old singer experienced a tough time last week while in London for his Believe Tour. He was slammed after appearing late on stage one night, collapsed during another performance and got into a foul-mouthed argument with a photographer.

After Justin cancelled a show in Portugal this week there was speculation he might be going off the rails. In a lengthy post on his Instagram account, which has now seemingly been removed, the young star lashed out about the constant speculation surrounding him.

“Everyone in my team has been telling me, ‘keep the press happy’ but I’m tired of all the countless lies in the press right now. Saying I’m going to rehab and how my family is disappointed in me. My family is beyond proud, and nothing’s been said by them, my grandparents wouldn’t know how to reach to press even if they did want to so that was a lie and rehab cmon,” he said. “If Anyone believes i need rehab thats their own stupidity lol I’m 19 with 5 number one albums, 19 and I’ve seen the whole world. 19 and I’ve accomplished more than I could’ve ever dreamed of, i’m 19 and it must be scary to some people to think that this is just the beginning (sic).”

The star then spoke about how seriously he takes his career and how determined he is to become even more popular. He is adamant he won’t burn out and hopes to show his detractors just how much he has left to give.

Justin finished his post by making reference to troubled star Lindsay Lohan. She also rose to prominence when she was very young but has since experienced legal problems and been to rehab many times.

Following his problems last week some suggested Justin could be following in her path. He has laughed off the comment, taking a pot shot at Lindsay’s financial problems at the same time.

“Letting u know first hand how I feel rather than have these story linger. I’m a good person with a big heart,” he posted. “And don’t think I deserve all of this negative press I’ve worked my ass off to get where I am and my hard work doesn’t stop here. i’m growing up finding myself while having people watch me and criticise me everyday i think im doing pretty damn good. And to those comparing me to Lindsey Lohan look at her 2012 tax statements (sic).”

Justin Bieber has teamed up with Benny Blanco for a new tune, 'Lonely', and he shared a picture of what appears to be someone playing a younger version of himself in the music video.

When Elliott Roberts told me at SXSW years ago that Neil Young’s Archives would catch up with real-time “not in our lifetime” he wasn’t kidding. It definitely didn’t happen in his lifetime, or the lifetime of Larry Johnson who started the project with Neil and Elliott.

Representatives from the estate of Leonard Cohen are "surprised and dismayed" after they "specifically declined" Republican Party officials' request to use his song Hallelujah at their National Convention.

The Weeknd Wants To Write An Album For A Female Artist

The Weeknd is keen to write a whole album for a female artist to balance out his past misogynistic lyrics.

Neil Young has premiered his 'Looking For A Leader 2020' video in the latest edition of his "From The Porch" series.