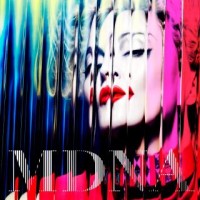 Madonna has released the artwork for her new album ‘MDNA’.

Madonna posted the artwork on her Facebook today (January 31).

The activity kicks off a big week for Madonna who will debut her new song ‘Give Me All Your Luvin’ on ‘American Idol’ this week, perform the song live at the Super Bowl and release the single officially on February 3.

‘MDNA’ is Madonna’s 12th studio album and her first album for Live Nation via Universal since leaving Warner Music.

Country superstar Carrie Underwood is returning to her American Idol roots to serve as a guest mentor on the revamped TV talent show.

Jennifer Lopez Has An Emotional Moment On American Idol

American Idol Given The Axe

American Idol has been cancelled about a 15 year run.

Joanne Borgella, an American Idol contestant from the 2008 season, has lost her battle with cancer at the age of 32.

Michael Johns, the Australian singer who became a Top 10 finalist in American Idol in 2008, has died at the age of 35 from a blood clot.

Keith urban, Jennifer Lopez and Harry Connick will return as judges for the next season of American Idol.