Michael Buble Christmas Is Australia's Final No. 1 Album Of 2012 - Noise11.com 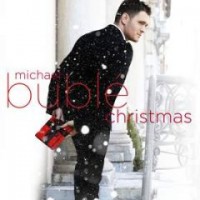 Michael Buble Christmas Is Australia’s Final No. 1 Album Of 2012

The information from this current chart is based on sales over the Christmas period, with sales data used from Friday 21st December up until midnight Thursday 27th of December, so Michael Buble’s “Christmas” album holding for a fourth week at No.1 was a pretty good chance of occurring.

“Christmas” spends a ninth non-consecutive week at No.1 (five over Xmas 2011/12, four weeks during Xmas 2012), bringing Michael Buble’s total weeks at No.1 now to twenty-two, placing him equal eighteenth with Eminem and Cat Stevens on the list of ‘Most Accumulated Weeks at No.1: Albums’, plus it changes his ranking in the Canadian list of acts with the most weeks at No.1, which are listed below.

Pink spends her third straight week at No.2 with “The Truth About Love”, but once Michael vacates the top spot, she will most likely return to No.1, whilst another former chart-topping album, “Armageddon” for Guy Sebastian rises back up one place to No.3, swapping with Rod Stewart’s “Merry Christmas, Baby”, which is down to No.4 this week.

“Red” for Taylor Swift is back up two places to No.5, pushing One Direction down a spot to No.6 with “Take Me Home”. Bruno Mars is up one place to a new peak of No.7 with “Unorthodox Jukebox”, whilst the Bee Gees are down two places to No.8 with their “Mythology” box set. Returning to the Top 10, up five places to No.9 and No.10 respectively is “+” for Ed Sheeran and “Babel” for Mumford and Sons. “Babel” now being sold with their bonus live DVD.

NEW PEAKS & MOVERS: “The Sapphires” soundtrack is back up five places to No.11 (with the help of the DVD in stores), with Rihanna’s Unapologetic” rising back into the Top 20 to No.18. Calvin Harris sees his “18 Months” album back up eleven places to No.25, with David Guetta also up eleven spots to No.35 with “Nothing But the Beat: Ultimate” now being sold. Coldplay’s “Mylo Xyloto” is up twelve places to No.42 and zooming back up thirty-three places to No.50 is the ARIA Award winning album “Drinking from the Sun” by The Hilltop Hoods.

DOWN DOWN: Susan Boyle again leaves the Top 10 albums, down four places to No.13 with “Standing Ovation”, whilst after only one week inside the top ten, The Seekers drop four places to No.14 with “The Golden Jubilee Album”. The Collective’s self-titled album falls nine places to No.20 after debuting at No.11 last week, and the re-entry for “Merry Christmas” for Mariah Carey falls seven places to No.26. The biggest fall-out of the week is “Jesus Piece” for Game, falling out from its No.58 debut from last week.

The only new entry for the week (and the last for 2012) is in at No.19, “Les Miserables: Highlights from the Motion Picture”, as the film opened around the country on December 26th, so expect it to jump up next week with a full weeks worth of sales. The original cast recording first appeared on the Australian charts back in mid 1987, and no previous charting version has climbed higher than No.31, so this new album is the highest charting version of the soundtrack/cast recording in Australia, below is a list of the previous chart entries for all of the recordings…

Lower 50: The self-titled album for The Lumineers is the only album to score a new peak in the lower half of the Top 100 as it’s up three places to No.62 this week. “Born to Die – Paradise Edition” is back up seven places to No.54 for Lana Del Rey, whilst Katy Perry’s “Teenage Dream: The Complete Confection” is helped back up fifteen places to No.58 due to her DVD “Part of Me 3D” being released.

“Atlas” for Parkway Drive regains twelve places to jump back up to No.67, and albums returning to the Top 100 this week include “Wild Ones” for Flo Rida at No.77, “Bangarang” for Skrillex at No.84, “Pacifica” by The Presets at No.86. The Foo Fighters “Greatest Hits” is back in at No.89, with “The Hobbit” Soundtrack returning at No.90 now that the film has opened.

The ARIA chart is updated every Sunday at 6pm

New South Wales’ ground-breaking music event is tuning up for a spectacular month of gigs with over 50 Australian artists and eight regions confirmed for the Great Southern Nights lineup, which forms part of the NSW Government’s COVID-19 Recovery Plan.

Australian Albums: Music From The Home Front Spends Second Week At No 1

"Music from the Home Front", the compilation of local talent raising money for frontline COVID-19 workers, remains the No.1 album in Australia for a second week.

Australian Charts: Dune Rats ‘Hurry Up And Wait’ Debuts At No 1

Local Australian rock band Dune Rats see their third studio album called "Hurry Up and Wait" becomes their second successive No.1 album, as it debuts at the top of the ARIA Albums chart this week.

It's been 21+ years since Cold Chisel graced the top of the Australian Albums Chart, but this week their ninth studio album "Blood Moon" becomes their fifth overall No.1 album locally.

Cold Chisel ‘Blood Moon’ is Australia’s number one album this week and that comes 38 years after Chisel first topped the chart with ‘Swingshift’ in 1981.

Sounds Australia Teams Up With ARIA For Funding Deal