Michael G. Ronstadt Composes Piece To Save the Vaquita - Noise11.com 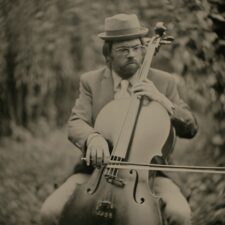 Michael G. Ronstadt Composes Piece To Save the Vaquita

Cellist Michael G. Ronstadt has joined a group to create awareness of the plight of the Vaquita, the smallest porpoise and the world’s smallest cetacean (the mammal combination of porpoises, dolphins and whales).

The Vaquita is around 140-150cm in length. The species is generally found around the Gulf of California.

The Vaquita was deemed a critically endangered species and is banned from fishing. Despite that, the ban is generally ignored and the population has continued to decline to the point of extinction.