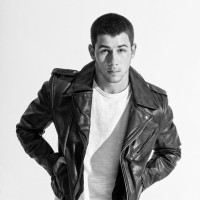 The New Jersey venue where Nick Jonas and Demi Lovato performed on Tuesday night was evacuated hours before the gig due to a “suspicious package”.

The stars had just finished their soundchecks for the 2016 Honda Civic Tour featuring Demi Lovato & Nick Jonas: Future Now show at Newark’s Prudential Center, when local police officers cleared out the arena and forced all staff members to evacuate the building, according to TMZ.

Sources tell the news site cops found the suspicious package near an exterior wall of the venue, but discovered it was just a microwave. It is unclear why the appliance was left outside the building, but sources tell TMZ police have been extra cautious and on high alert due to the recent string of violence in the U.S.

It is also unknown whether Nick or Demi were inside the venue at the time of the evacuation, but the Jealous singer was photographed on stage for soundcheck earlier that day.

The pop stars kicked off their North American tour late last month, and they have been giving fans a treat by inviting special guest stars to the stage.

Rapper T.I. joined the duo for the first show in Atlanta, Georgia while Jamie Foxx and Desiigner surprised fans at Brooklyn’s Barclays Center at the weekend.

But it was R&B singer Andra Day’s unannounced appearance at their Orlando, Florida show that hit headlines – the trio sang a stripped down version of her emotional song Rise Up as a tribute to the 49 people who were killed in the shooting tragedy at local gay nightclub Pulse last month.

During their moving performance, the names and ages of those killed at Pulse were projected on a large screen behind them.

Demi Lovato To Sing Anthem At The Super Bowl

Demi Lovato will sing the 'The Star-Spangled Banner' at the Hard Rock Stadium in Miami on Sunday, February 2.

Demi Lovato is planning to use her next album to share her "side of the story" in her first new material since her near-fatal drug overdose last summer (18).

Demi Lovato has returned to social media again following her recent stint in rehab to wish her fans a happy Thanksgiving.

Demi Lovato stunned and thrilled her Instagram followers on Tuesday (06Nov18) by sharing a photo of herself voting.

Demi Lovato is out of Rehab

Demi Lovato Cancels Everything On Her Schedule

Representatives for Demi Lovato have scrapped the remainder of the singer's world tour as she continues to recover from a suspected drug overdose.