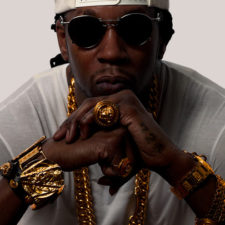 2 Chainz has confirmed he has a new record on the way entitled ‘So Help Me God’, and has told fans to expect plenty of content from him in the near future.

He said: “You will be seeing a rollout from me, after this album.

“Videos, all that shit been shot. Content in the holster. “Everything is about to start rolling out. New album on the way, ‘So Help Me God’.”

2 Chainz also admitted he is trying to get his album and ‘ColleGrove 2’, a follow up collaborative record with Lil Wayne, out in 2020.

Speaking on radio show ‘The Breakfast Club’, he said: “I’m dropping ‘ColleGrove 2’, I’m trying to do both of those projects within the same year.

In March, 2 Chainz confirmed he and Wayne are to release another collaborative album this year, after they joined forces for ‘ColleGrove’ in 2016.

The two rappers had previously dropped hints that there is more collaborative work to come.

In April 2016, just a month after ‘ColleGrove’ was released, 2 Chainz admitted he and the ‘Lollipop’ hitmaker had “plenty” more tunes to come.

Wayne went even further and said a second joint album was “already done”.

What’s more, 2 Chainz has also previously posted: “Me and my brother gotta another 1 on the way (sic)”