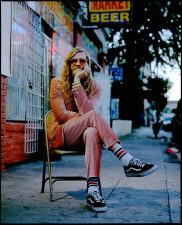 Stone’s country-tinged soul has taken America by storm, but Australian fans still get to see him in small venues.

He was only in Australia earlier this year and his shows were received with great admiration. The ambitious young singer won’t be playing small venues for long, so if you’re in Melbourne, Sydney, Auckland, Wellington or Byron Bay check him out when you can.