Australian Charts: Tones and I Becomes Longest Running Aussie No 1 of the Streaming Era - Noise11.com 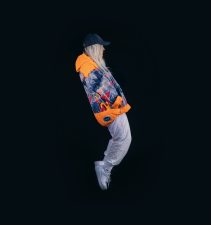 Australian Charts: Tones and I Becomes Longest Running Aussie No 1 of the Streaming Era

NEW CHART FEAT – “Dance Monkey” for Tones and I is atop the ARIA Singles Chart for an eleventh straight week, becoming now the longest running No.1 song for an Aussie Act EVER since streaming was taken into account.

And with only eleven weeks left of the year (and decade), nothing else can hold the top spot for this long again. The Tones song is also again at the top in Norway (9th week), Ireland (7th week), Denmark, New Zealand (both 5th week), Finland, Austria, France (4th week), Belgium, Switzerland, The Netherlands, England (all 2nd week) and returns to the summit in Germany for a second week and is again at No.2 in Sweden. The song also climbs in Canada (26 to No.19), Bulgaria (27 to No.21) and debuts in Portugal (#48).

Only having nine No.1 songs for the year (so far) this year is currently sitting at equal with 1999 as the year with the least amount of No.1 songs, but as I said earlier there are still eleven weeks of this year left.

The fifteenth Top 100 entry and now third Top 10 entry for U.S. singer and rapper Travis Scott debuts at No.3 in Australia this week entitled “Highest in the Room”, which also becomes his highest charting single here, with the song coming in at No.2 in New Zealand, England and Norway and No.3 in Ireland. His previous highest charting single was the No.6 track “Sicko Mode” with Drake (peaked early Feb 2019, TW-65 and 62 weeks charted), while he is also featured on other current entries by Post Malone (TW-60, “Take What You Want”) and Young Thug (TW-91, “The London”).

Debuting right behind that new Travis Scott track and coming in at No.4 is “10,000 Hours” by country duo Dan + Shay who’ve teamed up with Justin Bieber (and all of their wives in the video clip) for a country/pop ballad which gives Dan + Shay their second ever chart entry and first Top 10 placing in Australia. They charted previously with “Tequila” (HP-69, 2018), and for Justin this becomes his 16th Top 10 placing in Australia and first since he hit No.1 with a duet alongside Ed Sheeran on “I Don’t Care” (20th of May, 2019, TW-19) 22 weeks ago.

Another pop-country fusion occurs at No.5 as the Marshmello and Kane Brown track “One Thing Right” which is down a place from it’s peak last week, while the current Canadian No.1 single (7th week) in “Senorita” by Shawn Mendes and Camila Cabello drops to its lowest position here so far, sliding three places to No.6. Maroon 5 debuted three weeks ago with “Memories”, which this week jumps up five places to land at a new peak of No.7, becoming the bands twelfth Top 10 single in Australia since they first hit the top with “She Will Be Loved” in 2004, which was spending it’s fifth and final week at the top this week in that year.

Blanco Brown just issued his new album on Friday called “Honeysuckle & Lightning Bus”, and his current Top 10 track “The Git Up” along with Ed Sheeran and Khalid’s entry “Beautiful People” both fall down three places each to No.8 and No.9 respectively, plus they are both newly certified as 2x▲Platinum in sales. The ‘Second Longest Running Top 10 Single’ of all time in “Old Town Road” by Lil’ Nas X and Billy Ray Cyrus is also down three notches to No.10 and logging its 27th (and possibly last) week inside the Top 10.

UP:
* Four weeks ago DJ and producer Regard debuted at No.80 with his dance track “Ride it”, this week the track bounds up seventeen places to land at a new peak of No.11.
* Last week Lizzo was back-to-back with herself, but this week she heads in two directions, the upward movement is for her latest entry “Good as Hell”, which rises two places to a new peak of No.14 and is now Gold (●) in sales.
* Rapper blackbear sees his track “Hot Girl Bummer” bound up sixteen places this week to land within the Top 20 at No.17.
* Returning to the Top 20 is the Ed Sheeran track with Camila Cabello and Cardi B in “South of the Border” (HP-14), which is up six places to No.18; with Camila also rising four to No.36 with “Liar” (HP-33), while Ed is up slightly with “Perfect” (66 to No.64, newly 12x▲Platinum) and the ‘Longest Charted Single’ in “Shape of You” (80 to No.78, 144 weeks in the Top 100).
* Halsey is slowly crawling out the Top 40 “Graveyard” with her latest track, this week its up six to a new peak of No.31.
* Two of last weeks debuts that climb into the Top 50 and to new peaks this week are “Writing on the Wall” for French Montana with Post Malone and Cardi B (58 to No.43) and “Lonely” for Diplo & the Jonas Brothers (75 to No.48), while Diplo’s other entry in “Heartless” also scores a new chart height by rising five places to No.88.
* Singer Freya Ridings is this week up three spots to a new peak of No.45 with “Castles”.
* The newest entry for Lauv and “Feelings” bullets up twenty-five places this week to No.53.
* The Sam Feldt and RANI track “Post Malone” is on hold at its peak of No.54 this week, but it is newly certified Gold (●).
* Drax Project with fellow NZers Six60 jump up twenty-three spots to a new peak of No.56 with the Drax’s second entry “Catching Feelings”, while the song sitting at No.4 (down from #3) in their home country.
* The new Top 3 entry for Travis Scott helps pull his 62 week old entry “Sicko Mode” back up eight spots to No.65.
* OneRepublic played a few shows around the country this past week, and last Sunday they were the musical entertainment at the NRL Grand Final in Sydney, which helps their latest single “Wanted” (HP-78) to return to the Top 100 at No.85 this week, with their former Top 30 entry “Rescue Me” only dipping three places this week to No.72. The only other returning track this week is at No.95 in the 1983 single by Toto and “Africa”.
* Andy Grammer’s current single “Don’t Give Up on Me” is on hold at No.89 and now ▲Platinum.

FURTHER NEW ENTRIES:
* #71 – Bandit by Juice WRLD feat. YoungBoy Never Broke Again is the second entry lifted from an untitled third studio album due in early December (he also has a new mixtape due soon too called “Evil Twins”), following on from “Hate Me” with Ellie Goulding (HP-85) and is the overall seventh entry for the U.S. rapper and the first for Kentrell DeSean Gaulden who also goes by the name NBA YoungBoy.

* #83 – Playing Games by Summer Walker is the second entry for the U.S. singer whose debut album “Over it” enters on the Albums Chart this week within the Top 20, and she previously charted with a remix of her song “Girls Need Love” with Drake (HP-78) earlier this year.

* #90 – Lean on Me by Illy feat. Robinson is the second entry this year from a forthcoming sixth studio album (no date or title known as yet) for the local rapper and MC, who hit No.33 with his other solo entry “Then What” (TW-66), plus he is also charting as a guest on the current Hilltop Hoods chart entry “Exit Sign” (HP-16, TW-87), while for New Zealander Robinson this is her second entry here after hitting No.27 last year with “Nothing to Regret”.

* #93 – Nice to Meet Ya by Niall Horan is the first taste from a forthcoming second album by the former One Direction member (no date or title known as yet), and it becomes his fourth Top 100 entry in Australia, having previously charted with “This Town” (HP-5), “Slow Hands” (HP-2) and “Too Much to Ask” (#19), and this is the first 1D member’s entry since Zayn hit No.73 in April with his cover of “A Whole New World” with Zhavia Ward, as recent new tracks by Liam Payne and “Stack it Up” and Louis Tomlinson with “Kill My Mind” have both missed the Top 100.

* #98 – Good Thing by Zedd & Kehlani, is the Russian-German producers fourteenth Top 100 entry in Australia (12 as lead, 2 as guest), with him hitting No.38 in March on the track “365” with Katy Perry, while for Kehlani this is her seventh chart entry here (3 as lead, four as guest).