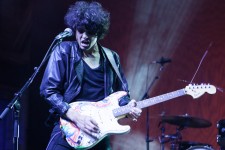 Blues on Broadbeach is approaching its 18th year. “Blues on Broadbeach has evolved to take top billing on the national blues calendar … an event not to be missed,” says Gold Coast Mayor Tom Tate. “What amazes me is the ability for the event to attract the world’s best musicians while still retaining its earthy, raw feel. Even more impressive is that the entire weekend is free.”

Six international acts and 11 Australian acts are named in the first line-up announcement.

CEO of Broadbeach Alliance, Jan McCormick said in a statement. “Once again we are presenting a wonderful first line up to our loyal Blues fans. Having Canned Heat return to Blues is going to be an incredible experience for those fans who saw them last here in 2007. Won’t they get a surprise, the festival is over double its size.”

Blues on Broadbeach is a major Queensland tourism event. “None of this would be possible without the support we receive from the City of Gold Coast and Tourism and Events Queensland. And of course, the loyal fans who come back each and every year,” Jan McCormick said.

The Queensland Government, via Tourism and Events Queensland, is proud to support the Blues on Broadbeach Music Festival which features on the It’s Live! in Queensland events calendar. Your perfect next event is in Queensland where live events combine with the most incredible destinations, and life is beautiful one day, perfect the next.