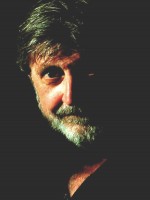 Australian born singer/songwriter Greg Quill has died in Canada from complications from pneumonia after suffering health issues for a number of years. He was 66.

Guitarist Sam See, who played with Quill in Southern Cross, posted on Facebook, “Very sad to hear of the passing of Greg Quill. A significant hole has been left”.

Quill was best known for the hit song ‘Gypsy Queen’, a major hit in Australia in 1972.

Quill left Australia in the late 70s and moved to Canada where he was working as the senior arts columnist for the Toronto Star.

Greg began his career in Sydney in the late 60s. In 1970 Greg put together his first line-up of Country Radio and based the band’s sound on the music of The Byrds, Bob Dylan and The Band.

The group signed to Infinity Records in May 1971 and recorded its debut ‘Listen To The Children’. In 1972, Kerryn Tolhurst joined the group and began a songwriting partnership with Quill. Together they wrote ‘Gypsy Queen’. It reached no. 12 on the Australian Top 40 in 1972.

Country Radio also had a second hit with ‘Wintersong’ in 1973.

In 2003 Quill and Tolhurst released ‘So Rudely Interrupted’.

UPDATE: A Message from Greg’s family: “As many of you know, Greg passed away suddenly but peacefully this afternoon from complications due to pneumonia and a recently diagnosed case of sleep apnea. We appreciate all the messages of sympathy and support. We loved Greg very, very much and it is clear that many of you did too. Thank you for keeping Greg in your thoughts”.

Quill is survived by his wife Ellen Davidson, daughter Kaya and a grandson.