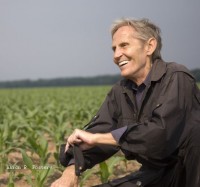 Helm was the drummer for the legendary The Band and before that with Ronnie Hawkins and The Hawks.

His drumming for The Band gave their hits ‘The Night They Drove Old Dixie Down’, ‘The Weight’ and ‘Up On Cripple Creek’ their distinct flavour.

The Band were also recruited by Bob Dylan. Together they recorded the most sort after bootleg of the 70s ‘The Bootleg Tapes’. It was officially released a decade later. Dylan took The Band on tour on 1974 as his backing band.

Levon also dabbled as an actor. He was best known for his role of Loretta Lynn’s father in ‘The Coal Miners Daughter’.

The statement at his official website reads, “Levon Helm passed peacefully this afternoon. He was surrounded by family, friends and band mates and will be remembered by all he touched as a brilliant musician and a beautiful soul”.