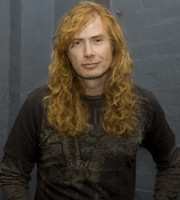 Megadeth’s 1992 classic Countdown To Extinction is getting the deluxe anniversary treatment.

Countdown To Extinction had the LA thrash metal legends at the peak of their powers, hitting number two on the Billboard charts and going on to become their highest-selling album (double-platinum and counting) with hits like ‘Sweating Bullets’ and ‘Symphony Of Destruction’.

While 2004 saw a re-release of the album with ‘Crown Of Worms’ and three demo versions of album tracks added, the 20th Anniversary Edition will be packed with goodies.

It features the original album, remastered, as well as a second disc featuring a previously unreleased full live concert recording from San Francisco’s Cow Palace in 1992. The disc has 17 live tracks and includes a cover of the Sex Pistols’ ‘Anarchy In The UK’.

It will also have a full booklet (both physically and digitally) with new liner notes by rock journalist Kory Grow. The 2CD lift-top box version will also come with a 24” x 36” poster and four collectible postcards.

Plus, the band are about to embark on a US tour to perform the album in its entirety in November and December.

The 20th Anniversary Edition of Countdown To Extinction will be released on November 2.

Australian third-wave ska fans, grab your chain wallet, pierce your eyebrow, bleach your hair and jump on your rusty old skateboard because Mad Caddies are on their way!

Rage Against The Machine Anniversary Box Set On The Way

The twentieth anniversary of Rage Against The Machine’s debut album will be celebrated with a huge boxset.

Expect to see an old name in the Rolling Stones credits soon. With news that the band is heading back to the studio to mark its 50th year, the word on the street is that Bill Wyman is re-joining the band.

The Beach Boys cheer their anniversary – and the radio – with their new ultra-harmonic, radio-praising single.

A fan-punching video clip has been made for Pantera’s Vulgar Display Of Power-era track ‘Piss’.

All Quiet As Rolling Stones Turn 50

This month marks the 50th anniversary of the Rolling Stones and while all is quiet in the Stones camp for a concert, the only official event named to mark the anniversary is a documentary, currently in production.

Members of R.E.M., The Posies, The Replacements and more perform Big Star’s Third album on the second anniversary of Alex Chilton’s death.