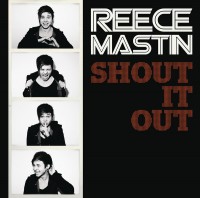 Reece Mastin Shout It Out

Reece Mastin Shout It Out

Gavin Ryan reports that Reece Mastin also becomes the first Australian this decade to score two No.1’s, as his first single back in December 2011 “Good Night” spent four broken weeks at No.1, whilst his follow-up “Shut Up and Kiss Me” made it to No.2 in early May (No.1 in New Zealand at the same time).

Reece also joins the exclusive club of former reality show acts such as Guy Sebastian, Shannon Noll and Anthony Callea in scoring two No.1 singles, and the song “Shout it Out” is only the second song to feature the word ‘Shout’ in it’s title, the other being the Tears for Fears song “Shout” (1 week at No.1: 25-March-85). This track also becomes the 16th No.1 in Australia for the Sony label, their last being Foster the People’s “Pumped Up Kicks” back in January of this year.

It was a battle all week to see if fun could make it to No.1 again after “We Are Young” did it in March for three weeks, but “Some Nights” hasn’t quite made it to the top (yet), but does have an impressive jump into the Top 10 this week, up eleven places to No.2, and with their upcoming appearance at ‘Splendour in the Grass’ festival and some side shows in late July, they could be at No.1 for much of the rest of July.

Last weeks returnee to the No.1 spot, “Whistle” for Flo Rida drops respectively this time to No.3 after accumulating eight weeks at No.1, which gives Flo a tally of 24 weeks at the top, the same amount Michael Jackson accrued during his stellar career, but Flo Rida has racked his four No.1’s up over five years (2008 to 2012), whilst Michael did it over a 20 year period (Dec. 1972 to Dec. 1991). Dean Martin also has a total of 24 weeks at No.1, but from six chart-toppers between January 1953 and December 1958.

“Payphone” for Maroon 5 drops back two places to No.5, but scoring their first Top 10 entry are drum-n-bass act Rudimental with their former No.1 UK No.1 single “Feel the Love”, which jumps up six places to No.6. Chris Brown drops back to No.7 after “Don’t Wake Me Up” scored a new peak of No.2 last week, and down one places apiece at No.8 and No.9 are “This is Love” for Will.i.Am and Eva Simons and “The Fighter” for Gym Class Heroes featuring Ryan Tedder respectively. Rounding out the top ten at No.10 is Carly Rae Jepsen with “Call Me Maybe”, spending its sixteenth week within the Top 10.

NEW PEAKS & MOVERS: The duo Karmin jump up seven places to a new peak of No.13 with “Broken Hearted”, and right behind them at No.14, up twelve places, is Johnny Ruffo with his debut single “On Top”, whilst returning to the Top 20 at No.16 (up from No.21) are Jay Sean and Pitbull with “I’m All Yours” (HP-13).
The only other new peaks within the Top 50 are B.o.B and Taylor Swift with “Both of Us” jumping up fourteen places to No.36, and entering the Top 50 for the first time are “Trembling Hands” for The Temper Trap, up thirty-four places to No.47 and right behind them at No.48 are Marina & The Diamonds with “Primadonna”, up seven places to No.48.

REALITY CHECK: Karise Eden drops from No.5 to No.27 with the track “You Won’t Let Me” this week, and her tracks “Hallelujah” (from 38) and “Stay With Me Baby” (from 54) drop out of the Top 100 all together, as does Darren Percival’s “I Believe” (from 78), but Sarah De Bono remains within the Top 100 at No.75 (down from No.37) with “Beautiful”, but Sarah also scores a debut at No.50 with the new track “No Shame”.
This week the large majority of new entries are by reality show contestants, with Reece Mastin debuting at No.1, there is also former Canadian Idol contestant Carly Rae Jepsen who has teamed up with the first No.1 act of the decade Owl City (“Fireflies” from Jan. 2010) for his new track “Good Time” which debuts at No.15.

Then at No.24 is Australia’s Got Talent 2010 winners Justice Crew with “Boom Boom”, their fourth chart entry and instantly their second highest charted, as their second single “Friday to Sunday” made it to No.18 in January 2011. Debuting right behind them at No.25 is Australia’s Got Talent 2011 finalist Timomatic with his third single entitled “Can You Feel it”. His first two chart entries both made it to the Top 10, with “Set it off” making it to No.2 in late January 2012 and then “If Looks Could Kill” went to No.8 in April 2012.

Lower 50: Maroon 5 fly up thirty places to No.59 with their new track “One More Night”, as The Wanted are “Chasing the Sun” at No.68, up nine places this week. Missy Higgins jumps seventeen spots to No.69 with “Everyone’s Waiting”, and the final lower new peak is “Rack City” by Tyga, up a couple of places to No.78. And other than the Katy Perry returnees, also re-entering the Top 100 this week are “Turn Me On” for David Guetta and Nicki Minaj at No.93, “Moves like Jagger” for Maroon 5 and Christina Aguilera at No.94, and “Pumped up Kicks” by Foster the People at No.98.

The only other new entry into the Top 100 is the song “Survival” by Muse at No.72. The track is the first taste of their forthcoming sixth studio album “The 2nd Law”, and is the official song for the London Olympic Games, plus the song will be broadcast when the athletes enter the stadium and in the period before medal ceremonies. It will also feature on the upcoming ‘London 2012: Rock the Games’ album. “Survival” is the group’s ninth Top 100 entry.

Click here for this week’s Album Chart report from Gavin Ryan from Australian-charts.com

The ARIA Chart is updated Sundays at 6pm

Australian Charts: 28 Triple J Hottest 100 Songs are in the Top 100 this week

2016 The Voice Australia winner Alfie Arcuri’s song ‘Cruel’ has fallen out of the iTunes Top 40 chart in its fourth day on sale.

Australian Singles : The Veronicas ‘In My Blood’ Is No 1

Two local female acts for Sony both occupy the top of the ARIA Charts this week, on the singles chart The Veronicas land their third No.1 single as their latest track "In My Blood" climbs to the top spot after four weeks on the chart and also cracks Gold (●) in sales.

ARIA Singles: Drake Returns To No 1

For the first time this year a song has climbed back up to the top of the ARIA Singles chart, and with the last such occurrence being back in September 2014, it's been awhile since we've seen a returning track; as this week "One Dance" by Drake notches up his fifth week at the top of the Australian singles chart.

Despite the Madonna ‘Rebel Heart’ Australian tour being a tabloid feast the fans have voted with their wallets and bumped three of her albums back onto the ARIA chart.

ARIA Singles: Justin Bieber ‘Love Yourself’ Stays At No 1

Justin Bieber scores his longest running No.1 single in Australia this week, as “Love Yourself” is atop the ARIA Singles chart for a fifth consecutive week.