The Gipsy Kings and Kevin Borich Express added to Blues on Broadbeach - Noise11.com 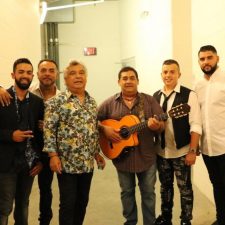 The Gipsy Kings will perform at Queensland free music festival Blues on Broadbeach.

The Gipsy Kings hail from Arles, France but play pure Latin music. They even had a Top 40 hit in Australia in 1989 with ‘Bomboléo’.

Kevin says, “I’ve played at Blues on Broadbeach pretty much every year and always have an enjoyable time playing in such a beautiful location to loyal fans,” said Borich. “I call it the -Cafe Au Lait Festival – pronounced – ‘The Lar- Tay Festival’ – No Mud – no discomfort – everything you’d need within reach – Festival!”

With major sporting events opening up, Splendour In The Grass co-founder Jessica Ducrou has called on the Government for equal support of the live music industry.