Weezer, TV On The Radio Producer Dave Sitek Has Made The First Green Buzzard Album - Noise11.com 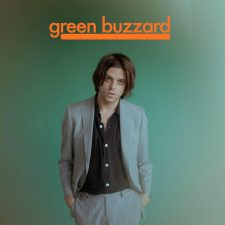 Weezer, TV On The Radio Producer Dave Sitek Has Made The First Green Buzzard Album

Sydney’s Paddy Harrowsmith has been working with Weezer/TV On The radio producer Dave Sitek for his debut Green Buzzard album ‘Amidst The Clutter & Mess’.

Harrowsmith and Sitek crated the album at Dave’s Glendale Hills Studio in California. “It was him constantly drilling into me a less is more thing. At one point I was trying to do a fiddly guitar overdub and he was like, “You fucking indie guitarists man!” and named the track “Paddy Over-Doing It”.”

The result was an album with 12 songs about break ups, takedowns, confusion and resignation.

“After the band, I was a kind of disillusioned with music and took a bit of time off away from it. I wasn’t really sure what to do,” Paddy says. “‘Amidst the Clutter & Mess’” was one of the first songs I wrote in that period. I was trying to work out if I still wanted to make music and if I did, what music I wanted to make. I wasn’t really sure where my place was as a white guitar playing guy. I wasn’t really comfortable making music anymore. That song came out and set the tone for what the album was going to be.”

Here are the first three songs from the album.

Green Buzzard ‘Amidst The Clutter and Mess’ will be released on 8 November 2019.

Is there a band anywhere in the world more prolific than Melbourne’s King Gizzard & The Lizard Wizard? They’ve just released their 22nd album in a decade.

After 2020 saw touring put on hold due to COVID-19 pandemic, McFly decided to come up with their own platform to provide exclusive video content, live-stream performances, band Q&A's, and much more for their loyal fan base to interact with.

Ash Grunwald and Josh Teskey Drill Down To Blues Purity

When Josh Teskey and Ash Grunwald collaborated for ‘Push The Blues Away’ the concept was to bypass the “middle men” and make an album of as close to authentic blues they could possibly muster.