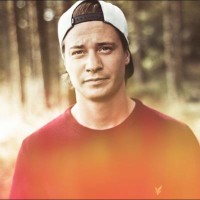 Dance hitmaker Kygo has brought Whitney Houston back from the dead to revamp her rare decades-old cover of Steve Winwood classic Higher Love.

Whitney recorded her version of the 1986 hit back in the early 1990s, but it was only ever made public as a bonus track on the Japanese version of her third album, I’m Your Baby Tonight.

Explaining the limited release to Rolling Stone, music mogul Clive Davis, who signed a young Whitney to Arista Records, said, “When (producer) Narada Michael Walden sent me Higher Love with the Whitney vocal, we didn’t want her being a cover artist at that time.”

However, seven years after her untimely death in 2012, Davis has recruited Norwegian DJ and producer Kygo to remix the tune for fans, with the blessing of the Houston family.

“I’m incredibly honored to have been able to work on this amazing vocal from one of the most legendary artists of all time!” Kygo posted on social media as he celebrated the song’s launch on Friday (28Jun19).

“Hope you guys love it as much as I do.”

Pat Houston, Whitney’s sister-in-law and former manager, who now serves as her estate executor, also shared the family’s excitement at the reworked tune.

“(We) are delighted with the collaboration between Kygo and Whitney,” Pat wrote in a statement.

“We knew Kygo would be the right producer to enhance Whitney’s powerful vocal performance on Higher Love, to the standards and expectations that Whitney’s fans have recognized for over three decades.

“The resurgence of this precious archival performance will carry Whitney’s musical legacy on to a younger generation for years to come. Everyone should be ready to dance to this uplifting and inspiring record – a testament to Kygo’s incredible talent, and a reminder of why we fell in love with Whitney from the very beginning!!!”

The release of Higher Love comes a month after estate officials announced plans for a major hologram tour, a posthumous album, and a possible Broadway musical as part of a new deal with Primary Wave Music Publishing bosses.

The Weeknd's bandaged appearance at Sunday's 2020 American Music Awards caused a stir among fans on Twitter.