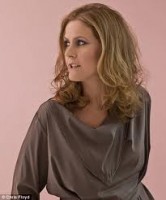 For the second time in a week, the U.K.’s Cooking Vinyl has announced the signing of a veteran artist for worldwide services.

First it was Billy Bragg and now Alison Moyet has joined the company for the release of her eighth studio album expected in May.

Moyet started as half of the duo Yaz (Yazoo) before going solo with seven acclaimed albums, all of which made the British top 30.

“It is a very happy place I find myself in,” said Moyet. “I am more than delighted to be joining Cooking Vinyl and working with a company of people that support the direction I have taken for my eighth solo studio album.

“With the exceptional talent that is Guy Sigsworth as producer and collaborator, we have recorded a collection of original songs that sees me moving away from a generic line up and back into the world of a programmer. Born of reconstructed improvisation I like to think of it as Prog-Pop, but I also like to think of big dogs as small horses. So don’t hang on to that thought long. Unless, of course, you think it astute of me in which case I am right.”

Since her last studio album, 2007’s The Turn, Alison rejoined Vince Clarke for a Yazoo reunion tour and live album.

Day three of the Glastonbury Festival at Worthy Farm in Pilton, England is in the books with performances from a host of veteran and modern artists, including a headlining set from the Foo Fighters, the return of Alison Moyet and classics from The Jacksons.

Alison Moyet will return to Australia in October and while she says she won’t sing her hit ‘Invisible’ she will give fans a few from Yazoo.

Alison Moyet's albums 'Hometime', 'Voice' and 'The Turn' are about to be reissued with bonus material.