Ron Howard is making a movie about Pavarotti - Noise11.com 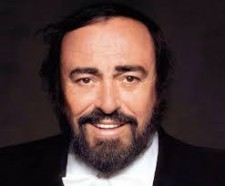 Ron Howard is making a movie about Pavarotti

Nine minutes of Pavarotti were aired at the American Film Market last month and now sources tell Deadline distributors around the world are clamouring for the rights, with deals for Germany, Spain, China, Australia, Japan, and South Korea, among other territories, already completed.

The documentary, which is currently in post-production, will also feature memorable Pavarotti performances, including songs he recorded and sang as part of The Three Tenors, alongside Jose Carreras and Placido Domingo.

Howard, who is also one of the film’s producers alongside Nigel Sinclair, Brian Grazer, and Michael Rosenberg, tells Deadline he has also secured the rights to Pavarotti performances, which will available to play in cinemas after the film’s credits have rolled.

The movie is scheduled for release early next year (19).

Pavarotti, who had a promising soccer career in his youth, went on to become one of the opera greats after suffering a life-threatening illness.

He sold more than 100 million records and was particularly well known for his rendition of Nessun Dorma from Giacomo Puccini’s opera Turandot. He also famously dueted with Bono in 1995 on U2’s song Sarajevo Girl.

The track became the first of many crossover collaborations for Pavarotti, who died in Italy in 2007, just weeks before his 72nd birthday.