Russell Morris Sharkmouth Is The Surprise Of 2013 - Noise11.com 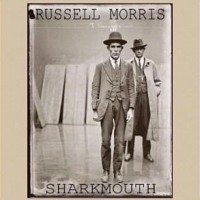 Russell Morris Sharkmouth Is The Surprise Of 2013

With just over three months to go for the remainder of 2013, Russell Morris ‘Sharkmouth’ is shaping up to be the underdog success story of the year.

Estimated ‘Sharkmouth’ sales to date are over 60,000 making it close to passing the 70,000 platinum gateway.

Russell Morris ‘Sharkmouth’ sales status currently suggests we will see the album listed as one of the Top 20 albums of 2013, giving Morris his greatest chart success in over 40 years.

Morris scored his first number one hit in Australia with ‘The Real Thing’ in 1969. It was also a hit song in the USA, charting in Chicago, New York and Houston. The follow-up ‘Part Three Into Paper Walls’ in 1970 was also an Australian number one hit for Morris.

Until 2013, his biggest album was ‘Bloodstone’ in 1971. It reached no 12. ‘Sharkmouth’ peaked at no. 6 on the ARIA chart and number one of ARIA’s Australian albums chart, all without any commercial airplay.

After 32 weeks, ‘Sharkmouth’ remains in the Top 40 ARIA album chart and has outsold and out-charted more higher profile radio favourite releases from Robin Thicke (already at no. 47 after just 4 weeks) and Goldfrapp (at 49 after just 2 weeks) and major releases like Nine Inch Nails ‘Hesitation Marks’, already at no. 27 after 3 weeks and The Weeknd that just scrapped into the Top 30 debuting at 30 on this week’s chart.

At 39, ‘Sharkmouth’ in its 32nd week on the chart is higher than the Elvis Costello & The Roots collaboration ‘Wise Up Ghost’ that debuted at no. 40.

Russell Morris has began work on a follow-up to ‘Sharkmouth’ and has been performing the new song ‘Bendigo Blues’ as part of his current set. The next album will be a ‘Sharkmouth’ sequel. Expect it around April, 2014.

Elvis Costello has spoken out about the current world situation with the biting new song ‘No Flag’.

Elvis Costello, Jackson Browne and Iggy pop are just a few of the artists who have paid tribute to the music of Mose Allison on a new project ‘If You’re Going To The City: A Tribute To Mose Allison’.

Elvis Costello Says People Plotting Got Him Back In The Studio

Last time I caught up with Elvis Costello he told me that he would never make another album again. Well, Elvis has made another album ‘Look Now’ and its pretty damn good.

Elvis Costello and the Imposters will release ‘Look Now’, their first album in 10 years, in October.

Elvis Costello has cancelled his upcoming UK and Euro tour after being diagnosed, then treated, for cancer.

Elvis Costello has released a stunning cover of Paul Simon’s ‘American Tune’ as The Imposter for the July 4 celebrations.