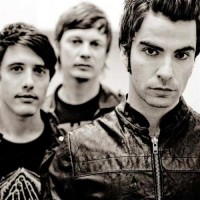 Stereophonics’ Richard Jones told Noise11 back in February that the Stereophonics were on their way to Australia. He just had his timing wrong.

Stereophonics will perform in Sydney, Melbourne and Brisbane in July.

Richard announced to Noise11 back in February that Stereophonics were on their way to Australia to promote their new album ‘Graffiti On The Train’. “So you should see us in Australia soon,” he told Noise11.

Tickets for Stereophonics with support Atlas Genius will go on sale at 2pm May 10.

Dates for Stereophonics in Australia for Live Nation are: