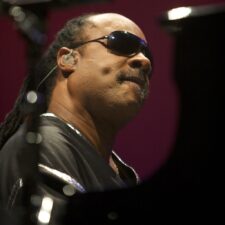 The new songs “Where Is Our Love Song” features Gary Clark Jr. and “Can’t Put It in The Hands of Fate” features Rapsody, Cordae, Chika and Busta Rhymes.

Proceeds from ‘Where Is Our Love Song’ will go to Feeding America.

The new music is released through Wonder’s new label So What The Fuss Records. Stevie has also confirmed that he is no longer signed to Motown Records for the first time since 1962. However, his So What The Fuss label is distributed by Universal. Universal owns Motown.

Stevie Wonder was 11 years old when he signed with Motown. He is now 70.