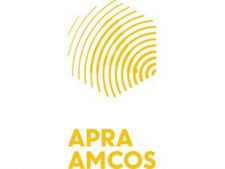 APRA Music Awards To Be Virtual In 2020

In response to the COVID-19 pandemic and ongoing safety concerns, we’re saddened to announce that the 2020 APRA Music Awards will not be held in the usual live format for this year. The event was due to take place on Tuesday 28 April at the International Convention Centre in Sydney.

However, all is not lost. In these extraordinary times, the APRA Music Awards will change its format for 2020 and will be streamed online for the first time to music fans around the world as a virtual event on Tuesday 26 May. Streaming details will be announced in the coming weeks. The format will feature presenters, winners and, of course, the always special performances of the Song of the Year finalists.

APRA AMCOS remains as committed as ever to its members and the Australian music community and strongly believes that it is more important than ever to acknowledge our songwriters and their publishers, albeit in a reimagined format. We aim to celebrate the past year of excellence in songwriting by honouring nominees and winners through this streamlined online event.

Chair of the APRA Board, Jenny Morris: “This is an unprecedented time in all our lives, it’s not easy to make any sort of decision right now about the near future. But everyone involved with the APRA Music Awards decided that going ahead with the awards was something we could and should do – albeit in a very different way, but one that brings the awards to music fans far and wide for the first time. It’s important to celebrate and acknowledge the success and artistry of our songwriters whose work enrichens our lives. They will be the ones who help us get through this time.”

The nominees for the reimagined 2020 APRA Music Awards will be announced on Tuesday 7 April.

In an expansion of the APRA Music Awards, APRA AMCOS has introduced the category of Most Performed Alternative Work to its list of awards based on statistical analysis. As with all the genre categories, the nominees and winners are determined by royalties earned from Australian performances of the song across broadcast, digital downloads, streaming services, and live performance. The award has been created to acknowledge the significant commercial and cultural impact of the alternative genre.

Curating the event’s music performances is award-winning singer-songwriter Kate Miller-Heidke, who will return for her second year as the Awards Musical Director. For the 2020 virtual event, Kate will hand select performers who will put their spin on the APRA Song of the Year nominated songs.

*Determined by the APRA Board of Writer and Publisher Directors

VIRTUAL 2020 APRA MUSIC AWARDS
Tuesday 26 May
Details to be confirmed.

The Peer-Voted APRA Song of the Year shortlist playlist can be streamed on Spotify and Apple Music.

For further information regarding criteria and eligibility of all APRA Music Awards categories, please visit the APRA AMCOS website

The APRA AMCOS Art Music Awards have been announced for 2020.

The ART Music Awards will be virtual in 2020 with 278 nominees holding out for 13 awards.

Art Music Awards To Be Held Virtually On September 8

APRA AMCOS and the Australian Music Centre (AMC) are proud to announce this year’s ART MUSIC AWARDS, a virtual event, streamed online to an audience worldwide on Tuesday 8 September.

APRA AMCOS announces today the Aboriginal and Torres Strait Islander Music Office's round of the Sustainability Fund, a project assisted by the Australian Government. With a funding pool of $100,000, songwriter and composer members can apply for 50 one-time grants of $2,000 to enable them to continue to create and sustain career development.

The following statement has been released by APRA AMCOS following concerns for the impact of working in the entertainment industry.

Queen of children’s entertainment Justine Clarke has been announced as the host of the Screen Music Awards when it returns to Melbourne in November.

Experimental band The Necks will be the recipients of the 2019 Richard Gill Award for Distinguished Services to Australian Music from APRA AMCOS.