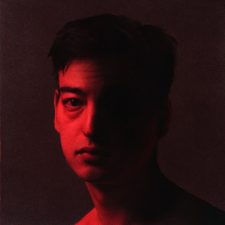 Half Australian/Japanese artist Joji sees his second album “Nectar” debut at No.1 this week, becoming the first act from Japan to hit the top in Australia.

Joji, whose real name is George Kusunoki Miller is half Japanese and half Australia, born in Japan, educated in both Canada and America, while he currently lives in Brooklyn, New York, so I pinned down his origins as from Japan, thus he becomes the first ever Japanese artist to hit the top spot on the Australian Albums Chart (the singles chart has seen one act from Japan hit the top in 1963, Kyu Sakamoto with “Sukiyaki”), plus he also lands his first Top 10 album in Australia with his new set, as his first album “Ballads 1” went to No.17 in November of 2018.

This is the first time that the word ‘Nectar’ has appeared in a No.1 album title (or even a charted album title), and as I already mentioned he is the first Japanese act to hit the top here, but he is also the 254th Solo Male Artist (local or overseas) to hit No.1 in Australia, and the ninth solo male to hit the top in 2020 after Harry Styles, Eminem (both January), Lil’ Uzi Vert, The Weeknd (both March), Drake (May), Pop Smoke and Juice WRLD (both July) and last weeks by Keith Urban (Sept).

The fifth studio album and fifth entry here (4 studios and 1 EP) for U.S. artist Machine Gun Kelly is called “Tickets to My Downfall” and it enters at No.2 this week to become his first ever Top 10 berth in Australia, beating the No.26 peak of his fourth set “Hotel Diablo” from July of 2019. This is followed by the ninth album for U.S. alt-rock band Deftones called “OHMS” debuting at No.3, becoming their eighth entry here (7 studios and 1 best of), plus their fourth Top 5/10 album, with their previous set “Gore” landing the No.1 spot in April of 2016 for a single week.

Last week’s No.1 album for Keith Urban and “The Speed of Now Part 1” drops down three places to No.4, while also falling three to No.5 is Pop Smoke with “Shoot for the Stars, Aim for the Moon”, the No.1 album this week in both New Zealand and Canada (8th week in both places), which are followed by two more Top 10 debuts. Coming in at No.6 is the second album for local metalcore act Alpha Wolf called “A Quiet Place to Die”, becoming their first Top 10 album and second entry after “Mono” made it to No.29 in July of 2017, after which the new English No.1 album comes in at No.7, “Ultra Mono” for UK act IDLES, their third album and it becomes their first Top 10 here, plus their first chart entry here.

Returning for a eighth week at No.1 in America this week is the Taylor Swift album “folklore”, which here drops down five places to No.8, followed by a four place slide to No.9 for the Harry Styles set “Fine Line”, logging its 42nd week within the Top 10 here, after which the Juice WRLD set “Legends Never Die” falls down six places to No.10.

UP:
With the track “Dreams” for Fleetwood Mac returning to the singles chart at No.39 this week thanks to a viral TikTok video, its parent album “Rumours” flies back up the chart twenty-five places to land this week at No.17, with the album last appearing within the Top 20 back in March of 2013.
Eminem’s collection “Curtain Call: The Hits” leaps back up twenty-seven spots to No.22, followed by the Maroon 5 best of “Singles Collection”, rising sixteen spots to No.23 (not far from its peak of No.19), with further rising GH sets being for Green Day (60 to No.44), Foo Fighters (57 to No.46) and Jason DeRulo (53 to No.49).
With a new live Queen with Adam Lambert album issued on Friday, the bands biopic soundtrack for ‘Bohemian Rhapsody’ rebounds twelve places to No.26, with other film sets rising for ‘The Greatest Showman’ (32 to No.31), and there’s a new peak for ‘Julie & the Phantoms Season 1’ set (45 to No.35).
The Weeknd’s “After Hours” album climbs back up thirteen spots to No.27 and Lime Cordiale’s “14 Steps to a Better You” rises back up three spots to No.28. Taylor Swift’s older charting album “1989” is back up four to No.33 and the XXXTentacion set “?” moves back up seven spots to No.37.

DOWN:
Five albums leave the Top 10 this week, the first of which is the Billie Eilish 75 week running Top 10 and former No.1 “When We All Fall Asleep…” (HP-1×6, WI10-75) down five to No.11, followed by the Luke Combs second set “What You See is What You Get” (HP-1, WI10-12) dropping two to No.12. Katy Perry and her “Smile” (HP-2, WI10-4) set falls eleven places to No.20, with the last two dropouts being new entries from last week for Ava Max and “Heaven & Hell” (HP-7, WI10-1) dropping thirty-two places to No.39 and departing the Top 50 is the six track EP by Mildlife and “Automatic” (HP-8, WI10-1).
Last week both the INXS and Cold Chisel best of albums rebounded, but this week “The Very Best” for INXS is down one spot to No.24, but more so the “The Best of – All for You” by Cold Chisel plummets thirty-eight places to No.50. The ‘Hamilton’ cast recording drops down four to No.30, as does Lewis Capaldi, declining four spots to No.34 with the top selling UK album of the year (so far) “Divinely Uninspired to a Hellish Extent”.
Vika & Linda’s “Sunday (The Gospel According to Iso)” flies down twenty places to No.38, with the Lady Gaga set “Chromatica” dropping fifteen spots to No.43. The No.1 album from three weeks ago for Marilyn Manson and “We are Chaos” falls this week twenty-three places to No.47, while the entry last week for both Alicia Keys (#13) and Yours Truly (#19) drop down into the lower fifty this week.

FURTHER NEW ENTRIES:
* #32 (LP#8) – The Ascension by Sufjan Stevens (Asthmatic Kitty) is the eighth studio album for the American artist and the fifth chart entry in Australia, plus now his second Top 50 placing, as his seventh set “Carrie & Lowell” made it to No.11 here in April of 2015.

* #45 (mix#5) – Hellboy (mixtape) by Lil’ Peep (AUTMNY) is the fifth and final mixtape for the US rapper who passed in November of 2017, plus his second chart entry here as his second album “Come Over When You’re Sober, Pt.2” made it to No.15 in November of 2018. This mixtape was originally released in September of 2016 and only just got a commercial release last week.

Casey Burgess, a one-time member of Hi-5, has been working on her new album in Nashville with one track co-written with Rick Price.

Melbourne’s King Canyon have two new tracks, the psychedelic ‘Woman’ and an in your face rocker ‘Smoke Stack City’.