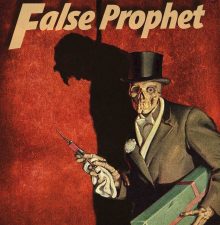 The new Bob Dylan song ‘False Prophet’ sounds a little too familiar a 1954 song by bluesman Billy ‘The Kid’ Emerson ‘If Lovin’ Is Believing’.

Billy The Kid Emerson – ‘If Lovin’ Is Believing’

Emerson recorded ‘If Lovin’ Is Believing’ in 1954. As the b-side of his debut single. It was released on Sam Phillips Sun Records label, later the home for Elvis Presley. Presley would later record Emerson’s ‘When It Rains It Really Pours’.

The following year in 1955 Emerson wrote and recorded ‘Red Hot’, later a hit for Jimmy Barnes in Australia and the inspiration for the name of Duane McDonald’s Red Hot Summer Tour.