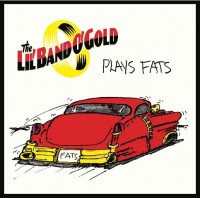 The new album for Louisiana supergroup Lil’ Band O’ Gold will feature both Jimmy Barnes and Tim Rogers on lead vocals on a few songs.

On the album ‘Lil’ Band O’ Gold Play Fats’, Jimmy sings lead on ‘Aint That A Shame’ and Tim Rogers lends his lungs to the classic ‘I’m Walking’.

Elvis Costello has spoken out about the current world situation with the biting new song ‘No Flag’.

Elvis Costello, Jackson Browne and Iggy pop are just a few of the artists who have paid tribute to the music of Mose Allison on a new project ‘If You’re Going To The City: A Tribute To Mose Allison’.

Elvis Costello Says People Plotting Got Him Back In The Studio

Last time I caught up with Elvis Costello he told me that he would never make another album again. Well, Elvis has made another album ‘Look Now’ and its pretty damn good.

Elvis Costello and the Imposters will release ‘Look Now’, their first album in 10 years, in October.

Elvis Costello has cancelled his upcoming UK and Euro tour after being diagnosed, then treated, for cancer.

Elvis Costello has released a stunning cover of Paul Simon’s ‘American Tune’ as The Imposter for the July 4 celebrations.