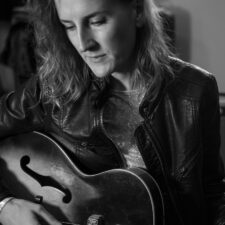 Mia relocated from Victoria to the USA in 2009 and after a stint in Boston moved permanently to Los Angeles in 2010.

Mia collapsed after literally a heart stopping moment. The LA earthquake hit, Mia stopped breathing. She now has a defibrillator in her chest.

It will take me someday, but this time it lost it’s grip.

A few weeks ago we had an earthquake in LA and it woke us up. Moments later my breathing and heart stopped. My sweetheart, Karl, resuscitated me and called paramedics and they took me to hospital. The doctors diagnosed me with a heart condition. Now I have a defibrillator implanted in my chest with wires going into my heart, which will shock me if my heart stops beating again . Otherwise I can drop dead randomly. So I am now a bionic woman

I’m feeling so grateful to be alive . And for my darling Karl who showed up like a true Wesley. #princessbride

I remember it was peaceful being (mostly?) dead. I was far far away and in darkness and nothingness, nothing was wrong. And then as Karl got me breathing again I came back into my body, slowly and terribly, as I started to feel my limbs and try to comprehend what was going on. I couldn’t talk or move at first and felt completely pinned down. But I could hear Karl’s voice ‘thank you for coming back to me’ over and over again.

It was scary for me but I think it was much scarier for Karl when I stopped breathing and my eyes were glazed over and lifeless and I wasn’t responding to him.

Holy shit! We made it.

It will take me someday, but this time it lost it’s grip.

A few weeks ago we had an earthquake in…