The Rolling Stones In Melbourne REVIEW

The Rolling Stones In Melbourne REVIEW

I’ve seen a lot of Rolling Stones over the years but I have never seen them as comfortable as a band as they were on Wednesday night in Melbourne.

Watching 70+ year old men blow every act of the last 40 years off stage was spine-chilling. The Rolling Stones just get better with age. 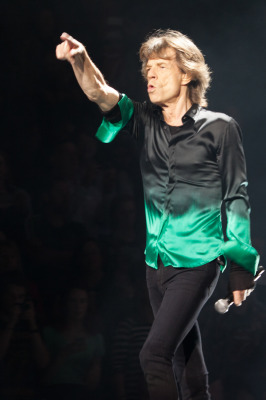 Mick Jagger was in good form. He started by thanking fans for the delay after postponing in April. “Thanks so much for your patience, we know you’ve waited a long time for us to be here,” he said at the start of the show.

And he sure did some mighty fine local research. “What a great place Melbourne though, really. We love it so much I’m thinking of becoming a barista in Brighton,” he said before the band played ‘Doom and Gloom’.

But the line of the night was “I had a great time at the Melbourne Cup yesterday, I was there incognito of course. I met this girl, Gabi Grecko I think she’s called. We got on really well but I think I’m too young for her,” referring to Melbourne’s rich, elderly celebrity doctor Geoffrey Edelsten and his passion for proposing to very young, buxom women who aren’t exactly known for their IQ. 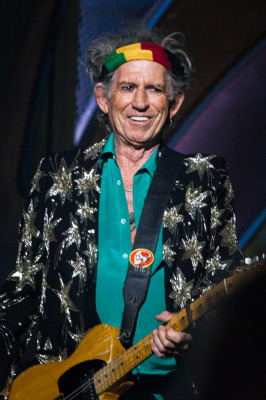 Mick Jagger, Keith Richards and Charlie Watts play conjoined triplets and Ronnie Wood, now a 40 year veteran of the band, and who some still consider “the new boy’, is Keith’s musical soul mate.

Keith gets his moment with his two-song lead and it is great to see no matter how old the songs are, his one-liner is even older. “Good evening Melbourne! Great to be back, great to be anywhere,” he said before launching into his ‘Some Girls’ gem ‘Before They Make You Run’.

Enter Mick Taylor, who replaced Brian Jones in the band and who was eventually replaced by Ronnie Wood’. ‘Midnight Rambler’ has to be one of the greatest blues ever recorded and performed. Taylor return for the last song ‘Satisfaction’ and he left the crowd wanting to hear more.

Lisa Fischer’s lead on ‘Gimme Shelter’ stole the show. East Brunswick choir the Consort of Melbourne ended the evening with a local flavor. “Thank you very much for helping us out with that, the Consort Of Melbourne. And you sounded great on that one Melbourne! One voice,” Mick said.

Then it was ‘Satisfaction’ and the show was over.

The next Rolling Stones show is Hanging Rock, November 8, 2014.

The Rolling Stones will tour Australia for Frontier Touring.

Roundhouse Entertainment and Frontier Touring wish to advise that it is necessary to reschedule the SIMPLE MINDS Australian and New Zealand tour due to the COVID-19 pandemic and Federal and State Government directives. The 40 Years of Hits Tour, originally scheduled for November and December 2020, will now take place in December 2021.

Faith No More Reschedule Australia and New Zealand Tour To 2021

Frontier Touring and Faith No More wish to advise the rescheduling of the band’s upcoming tour of Australia and New Zealand to February/March 2021, in light of the current COVID-19 crisis and subsequent Government directives and travel bans.

It is with deep regret that Potts Entertainment, Chugg Entertainment and Frontier Touring announce the cancellation of CMC Rocks QLD 2020.

It is with a heavy heart that Frontier Touring and Arena Touring announce that So Pop 2020 will no longer be taking place in Australia and New Zealand this April and May. Due to policies and measures put in place by the Australian Government regarding COVID-19, the promoters of the ultimate pop concert deem it infeasible for the show to go on.

This now in for Frontier Touring and Chugg Entertainment.

The Sound Relief charity bushfire concerts intended for March will no longer go ahead.

Tool have added more shows for Melbourne and Auckland for the 2020 Tool In Concert tour.