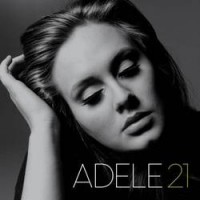 Adele holds off strong showings from Chris Isaak and Evanescence on this week’s chart wrap.

Adele’s at number one. This much is given. But what else happened on this week’s chart? Well, Chris Isaak’s cover album Beyond The Sun debuted at number three. And Evanescence’s long-awaited third album hit number five.

Sneaky Sound System and Feist debuted in the top twenty, From Here To Anywhere at 11 and Metals at 17.

From there we had a mixed bag: Ryan Adams Ashes & Fire at 25, the Red Dog soundtrack at 30, Big Scary’s Vacation underperforming at 37 and Bjork underperforming badly at 47.

Big movers include Cody Simpson’s Coast To Coast EP, up from 26 in its first week to 16 this week, and The Wombats re-entering the charts at 19 off a tour.

The only big slip this week was Kasabian’s Velociraptor, down from 17 to 31.

We do have a new number one single for the second week in a row following Gotye’s previous domination – this time its LMFAO’s ‘Sexy And I Know It’.

As an aside: Adele’s 21 is seven-times platinum and has been out for less than a year, yet Nirvana’s hugely-influential and beloved Nevermind is celebrating its 20th anniversary by going back in the charts and has only sold five-times platinum.

Adele Has No Idea When Her Next Album Is Coming

Adele has told fans she "honestly has no idea" when her new album will be released.

Adele Shows Off The New Bod

Adele showed off her seven stone weight loss as she supported "Queen" Beyonce.

Adele's latest album is no longer set to be released in September.

Adele has made an emotional appearance during a virtual service marking the third anniversary of London's tragic Grenfell Tower fire.

Adele turned 32 on Tuesday (05.05.20) and when she took to Instagram to thank fans for their well-wishes on her special day, she included a new picture of herself, revealing her slim figure.