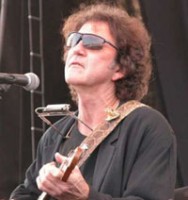 Bluesfest have revealed their third announcement for 2015 with The Gipsy Kings, Rodrigo Y Gabriela and the legendary John Mayall set to play.

The five-day Bluesfest is from Thursday April 2 to Monday April 6, 2015 in Byron Bay.